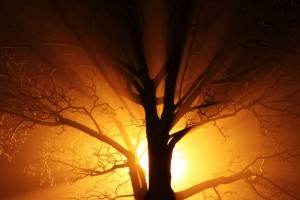 The blogosphere has brought the monologue to the ordinary person. All talk show hosts get a chance to speak their mind on an array of subjects as do comedians, politicians, lecturers etc etc etc unhindered for the duration of their speech. They may get e-beaten up afterwards, but for the time that they have centre stage, they get to have their say. Before the age of Blogs, Vlogs and Facebook posts, the lay person, or the wise, never had a chance to get on a bandbox unfettered by fears of being knocked off by rotten tomatoes. Loudmouthed opinionated articulates (I was one of these) did manage to get much of their points across, but the barrage of face to face disagreeing heckles would either cause these people to retire hurt, or become belligerent, or both.

Today, I can get on to my little corner of the world wide web, and even if my 62 +/- page views per post is no match to, say Stephen Fry’s 11.7 followers per Tweet, I get to have my say. People like, comment, or just move on as is their wont, and I think on it.

The monologue of the little person has much power, though. Many little people posting monologues engender many little person dialogues, and suddenly there is a large dialogue which can bring down governments, or, save the whales. Much has been discussed in social media about the power of itself, and I am no stranger or enemy to this phenomenon. I am  wholeheartedly grateful that this is a power that has been unleashed, for good and for not so good by people such as The Zuckerberg, The Williams-Glass-Dorsey-Stone, and The Hurley-Chen-Karim. Always keeping in mind that this power has unleashed a backwash of hate, bullying and hurt that has massacred as much as it has brought love, harmony, progress, to the foreshore.

There was a time when if I said something that made no sense to my audience I would be shouted down immediately. It happened quite often, as most of those I spoke to were wider read than me, more in touch with current affairs and had facts, figures and songs on the tips of their tongues. Those half baked ideas which started in my pre sleep thoughts and took brightly hued though nebulous shape in my dreams, just floated on the periphery of my awakening consciousness. Thus, when I started to speak with the confidence of extreme youth, I got entangled, and got dismissed by others of extreme youth. Over years (many years) I learnt to speak more forgivingly, in a manner that embraced other opinions, and I found that I still never got to have my full say. Everyone I was with also had opinions which they were eager to voice in their most allowing way.

So when I tentatively put my foot into the world of blog posts and, for the most part, received positive feedback I was amazed. I am still less widely read, less in touch with current affairs, than many people I come into contact with, and have virtually no figures to guild my facts with. I spent hours writing and re writing my posts to make it least offensive to most viewers. I refrained from putting up viewpoints that appeared to me harsh or indefensible within my still awakening consciousness. In the early days I did allow my sarcastic tongue (almost) full reign to put up a few reviews. But of late, even when I have nothing to say in glowing terms, I have tried to be mellow in my expressions of dislike. It has always been striking that, even in these cases, the attitude of many of those who know me in a more personal sphere, has been, “If you want honesty, go to (bodhimoments, the person), but you may not be able to handle it”. It has left me mystified, because I have always felt that I am saying things in the most loving manner possible. Yet, I have been grateful for my moment in cyberspace.

I guess, my core being has remained unchanged, even as the core beings of all the people I have come into contact with through my life have remained unchanged. There is, in more cases than I probably recognise, a growing awareness of the subtle world around us, but to me it seems that most people react to the events in sporadic and will o’the wisp manner. Outrage here. Bleeding heart there. The world seems to sway from one cause to another, locked in a momentary embrace of “This is what needs to be addressed. Now”. Yet, each person is in their own self, a universe unto themselves. (that sentence makes me cringe! The grammar makes no sense.)

Each monologue from the little person on the web seems to generate a dialogue, or a “multilogue” which then dips and swells for as long as the root monologues from the stalwarts of popular consciousness sustain them. After that there is the next 11 second wonder that raises its head. There is nothing wrong in this. Our lives are intricate meshes of innumerable threads, and whichever one snags at any given point of time is the one that gets the most attention.

Reverting back to the idea that our core being remains unchanged, even when we feel ourselves renewed, maybe we can bring change in the world (if we want to) by paying attention to the shiny threads within our own selves. Those bits of colour, light and awesome adventure that make us wake up at the crack of the occasional dawn feeling that nothing is more plausible than this moment of infinite possibility given to us, in this place of love, right within the light that shines within us. We have all felt it. Go on! Admit it!

Adults: Young and Not So Young

Comments on: "The little person monologues" (2)