And the idea of just wandering off to a cafe with a notebook and writing and seeing where that takes me for awhile is just bliss. ~ J. K. Rowling

I admit it. This idea is bliss for me as well. One day, I did do it. I went to a café, ordered a cup of green tea, and wrote. Wrote, and wrote. What I wrote, is still unpublished and unshared. But I wrote so much in those 90 minutes that I was there than I would at home, with the MacBook Air close by, and my phone, the kitchen, the fridge, the full moon rising higher in the sky.

That evening as I waited for a friend who did not turn up, and wrote, I was completely immersed n my story. I was almost glad, in a way that my friend had forgotten about the meet up, and whatever betrayal I felt, was masked by the afterglow of .. what was it…, about 20 pages of scribbled writing.

I was able to shut myself out from the other customers in the café in a manner I would not have been able to, from the children, had I been writing at home. The more I wrote, the further away their chatter receded, and soon I felt like I was in a bubble of light, with the only things that the light fell on were the pen and the notebook, and even I had receded to a place where my thoughts, ideas and pen were a team of their own, distanced from the rest of me.

The other thing I noticed about that experience was that the use of pen and notebook, and leaning over a table, to write was completely different to typing on a computer. One was not necessarily faster or slower than the other, but the age old method of writing with a pen seemed more connected to me, somehow. I have since then (and also because my darling heart JKR does so), written more and more by hand, rather than typing it up on the computer at first go. To me the two are very different, and I think I prefer the old fashioned way. I wonder if the computer bred generations were asked to compare their involvement when using either a notebook and pen, or a computer to write, would feel any kind of affinity to the former? Is it my childhood practise that is influencing my observation? Or, is it as some say, the muscles we use to handwrite connects in a more intimate way to our brain, and ultimately our selves?

For my posts online, I have often written by hand and then edited my work as I have typed them up, and I feel that that has led to a more polished final result. Typing up what has been hand written seems to keep the creative juices flowing in a way, proof reading and editing does not.

Whatever may be the reason behind it, I am keen to try the café experience again. Only, I feel it is a bit pretentious, so even when I have wanted to, I have hung back. I am no J K Rowling after all. But…… maybe I should anyway? 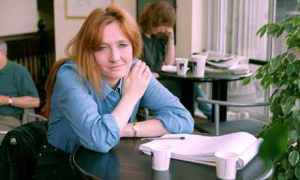 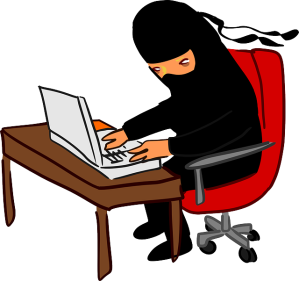 Writing is the only place where I can voice my oftentimes very strong opinion without fear of being interrupted. So I would have thought that writing my blog would be more appealing to me. At least the dissenters cannot be heard until I have published my post. I have been lucky, so far, though, not a dissenter in sight. But it seems like, at least for the last two years nearly, the idea of writing my blog has been more appealing to me, than actually writing anything for it. So here I am with a self imposed challenge. 31 days of writing fest. A post a day.

Of course prolific writing may mean writing with nothing to say. This has been my excuse all through 2013 and 2014. I have nothing of importance to say. Nothing that is different, attention grabbing, soul stirring. Hence very little got posted. I have consistently ignored the little voice which has niggled, “writing begets writing”. I have refused to open my notebooks, or my laptop, in order to write my posts. Yes, I have posted a half a dozen pieces of writing, give or take six, but for the most part I have been not writing.

So I will fill up my blog with posts, and not worry too much about whether they are profound enough to startle my community with. As my fingers trip over the keyboard, by and by, something will be written worth reading.